Hello there!  Today, I will be sharing with you another juicy and delicious (wait, what?) installment of my gameplay series for Rayman Origins.  In this video, I get the Lum Medal in the second level of Jibberish Jungle, Geyser Blowout.  As you can see, this level took me two tries, as I was not able to get 350 Lums for the Lum Medal during my first attempt.  I was still getting used to the game, thus my minor incompetence.  Plus, I just miss the helicopter ability.  It is useful, but I don’t get that until the Desert of Dijiridoos.  Sigh. END_OF_DOCUMENT_TOKEN_TO_BE_REPLACED

What’s this, another video post?  Why, yes.  Yes, it is.  You see, once I finished playing Fragile Dreams, I decided the next game I’d like to record would be Rayman Origins, one of my favorite platformers of all time.  In fact, it’s right up there with the old Donkey Kong Country games on the SNES.  It is that good.  And so I thought I’d start posting videos for that game every week, as well, because I just can’t wait to share the fun with everyone. END_OF_DOCUMENT_TOKEN_TO_BE_REPLACED

(This post was originally published on my other blog on 5/9/12, but I thought I’d share it here because I found it amusing.)  Video games often have you do things that wouldn’t make sense in real life, and usually we don’t question it.  I don’t even just mean the weird stuff, but the fact that we just direct our characters to go into peoples’ houses without permission, for example.  Or we attack creatures that do nothing to us.  The “Kirby” series comes to mind, as many enemies make no signs of aggression towards Kirby, but Kirby still attacks them.  What have the Waddle Dees ever done to him, aside from the fact that touching them is harmful (which makes no sense)?  It would be weird if you actually sustained physical harm from simply walking into someone, but then you still couldn’t just attack them.  And in “The Legend of Zelda: Skyward Sword”, Link sleeps in other people’s beds, for quacking out loud!  Have you no shame, sir? END_OF_DOCUMENT_TOKEN_TO_BE_REPLACED 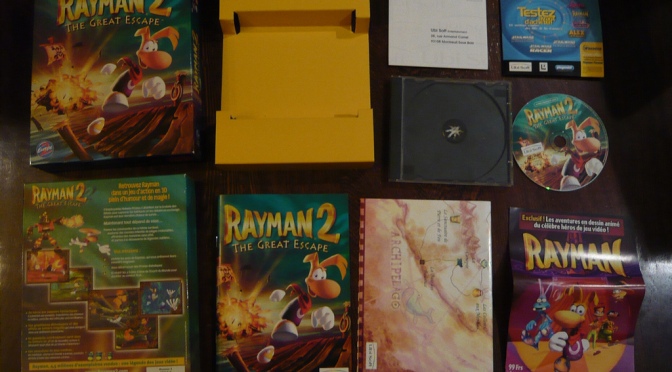 It feels like I’ve been writing about the “Rayman” series quite a lot lately, but it seems such posts have always gotten a rather positive response, so I said to myself, why not write another one. Why not indeed? You see, this is one of those series that has some really great games, and yet hasn’t really gotten the attention it so deserves. Fortunately, that’s all started to change with the release of “Rayman Origins” and “Rayman Legends” in recent years, but how many of you know about the old “Rayman” games from before the series started to gain more recognition? And it is for that reason, and because thinking up ideas has been rather hard for me lately, that I have decided to summarize the “Rayman” series for all of you who have yet to become converted to its limbless greatness, or who have simply missed out on the games from its past. END_OF_DOCUMENT_TOKEN_TO_BE_REPLACED

Not long ago, I published a post discussing what I like and dislike about the Wii, and seeing as the next console of this particular generation that I bought was the XBox 360, it makes sense for Microsoft’s console to be the subject of the second post in this series.  It’s a funny thing, though, how I got this console in the first place, because I am more of a PlayStation fan than an XBox fan, so it would stand to reason that I would have been much more inclined to purchase a console made by Sony over one made by Microsoft.  Unfortunately, at the time, the PS3 was much too expensive, and it didn’t have any games I really cared for yet that weren’t already on the 360 (this was obviously before I became a “Ratchet and Clank” fan…).  Since the games I wanted at that time were all on the 360, plus that console would also allow me to play any new “Halo” games, this became the next console I added to my gaming family.

And when I first started playing the 360, I was immediately impressed with the graphics, which were way ahead of the Wii, and even though the first two games I played were not as good as I was expecting (“Banjo-Kazooie: Nuts and Bolts” and “Sonic the Hedgehog”, the 2006 version, shudder, gag, shiver), I did have a good time playing “Halo 3” (even though it was short) and “Final Fantasy XIII” (despite its flaws), the latter of which came with my console.  (I even got this little waste of time thing on one end of the console that says “Final Fantasy XIII” on it.  Jealous?)  Plus, I was just pretty thrilled that this new XBox had “Final Fantasy” games as part of its library now, as during the last generation, only the PS2 had such an honor.  My game collection was further improved with the addition of “Halo: Reach” and “Halo 4”, which were awesome, and I even had the pleasure of expanding my game library with over 40 Sega Genesis games on “Sonic’s Ultimate Genesis Collection”.  In the end, I ended up really enjoying my 360, and I loved it way more than the original XBox.  And now, anymore of my thoughts on this console will be listed below.  (As usual, my main focus is on gaming, not the other features the 360 has to offer, and extra info was found on Wikipedia.) END_OF_DOCUMENT_TOKEN_TO_BE_REPLACED

Over a decade ago, while perusing my local Best Buy, I came across a game called “Rayman 2: The Great Escape” for the Nintendo 64. The box sported a bizarre looking dude with a big nose that I actually mistook for a rather odd dog (I later found that he is, in fact, you know what, I don’t know what the heck Rayman is). The game looked quite appealing, and so I bought it, my gaming instincts once again proving to be right, as I ended up having a blast with this game, right from the start.

Everything about it was just awesome. The graphics were quite lovely, the landscapes lush and beautiful, while the characters were strange and whimsical, and I couldn’t help but love the way they spoke in their strange gibberish language. In the end, I just fell in love with this game. I loved Rayman and his rain-dancing pal Globox, not to mention Rayman’s lack of limbs and his awesome helicopter hair and his ability to shoot balls of energy from his fist. This game, actually, is still one of my all-time favorites, and with my great adoration for this game, I got it into my head that the “Rayman” series was one that…people had actually heard of.

END_OF_DOCUMENT_TOKEN_TO_BE_REPLACED 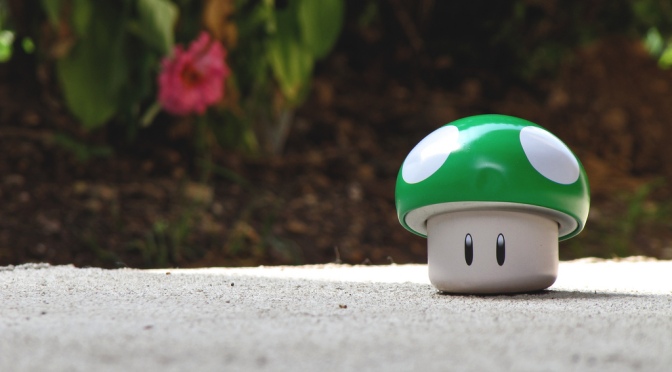 I grew up playing video games that used extra lives.  The old “Mario” games had them and the old “Donkey Kong Country” series, too, and it was just a feature that you had to deal with.  As you played through such a game, level by level, it was always on your mind how many lives you had left.  And as you played, your main purpose being to complete the level, it was always a bit of a secondary objective to collect more of these extra lives.  I remember how very satisfying it was every time I collected enough bananas in “DKC” to acquire yet another balloon in the upper corner of the screen.  Each life meant extra chances.  It meant security.  One more time you could slipup and still be all right.  They were a good thing and one item I sought after most.

But, sometimes, extra lives were a hassle.  I remember every time I started playing a new file of “Donkey Kong Country 2”, I would just rack up tons of extra lives during my first hour of gameplay.  I collected so many darn extra lives, I was effectively unstoppable.  I could die as many times as I pleased, and it mattered not.  I’d go from world to world, and when no save point was yet available, it didn’t matter, because I had those extra lives.  And then, I’d stop playing for the day, and when I returned, the lives were always reset to a much smaller number, my hard work collecting lives the previous day all for naught. END_OF_DOCUMENT_TOKEN_TO_BE_REPLACED