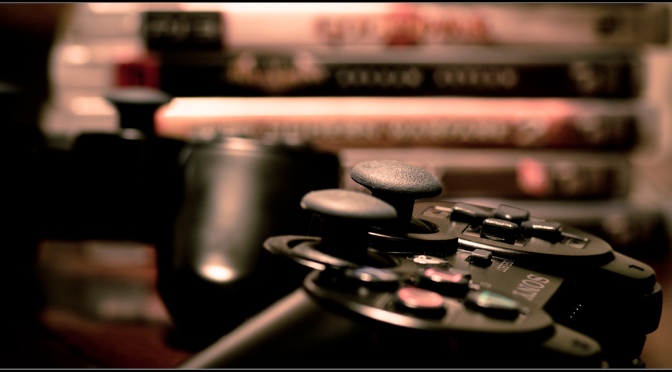 All month long, United We Game is celebrating secrets, hoaxes, and trickery in games with a new writing challenge. Click here for the details and join in the fun!

I’m not much of an artist when it comes to discovering secrets in games. While it seems that some players are imbued with a magical honing beacon that guides them towards easter egg after easter egg, for me, the act of finding secrets has mostly been the equivalent of blindly stumbling around in the dark hoping that I don’t impale myself on something sharp. I don’t necessarily go searching for secrets in games, so happening upon a secret something-or-other is a pretty special feat. Over the years I’ve run into a fair share of extraordinary moments where I feel like Indiana Jones grabbing that golden idol. And the giant rolling boulder of Internet spoilers isn’t enough to make me feel any less superior at those times when I discover something I hadn’t before. Here’s a rundown of some six memorable secrets I’ve come across in the games I’ve played.

P. S. Divulging these secrets may result in minor SPOILERS!

Getting items from the Li’l Oinks in Paper Mario

I don’t know of any game before it or since that has quite struck my “it’s totally adorable!” chord as much as Paper Mario. But behind all its visual loveliness lays a game full of surprises, my favorite of which are the L’il Oinks in Toad Town. In that hub exists a holding pen where you can collect these little porcine cuties. Once you collect ten L’il Oinks, the surprise happens when you try to add an eleventh. In goes the extra pig and out comes a random item! At the expense of one the existing Li’l Oinks, that is. Sacrificing my Li’l Oinks for items was a little startling at first, but at least they didn’t end up in Tayce T.’s kitchen!

Games without much to say are often the ones with the most to hide, and Super Metroid is no exception. I’ll never forget that first moment of delight upon discovering Samus’s bomb spread. Simply charge up her weapon and then morph into a ball and voila! Five bombs emerge to take out any nearby ground-level enemies. As with most of Super Metroid, the finding of this occurred well into my second or third or sixth playthrough of the game. I can’t say that the bomb spread was Samus’s most useful move, or that I utilized it often, but it proved that I still had a lot to learn in the game.

Becoming Maria in Castlevania: Symphony of the Night

In later ports of Castlevania: Symphony of the Night, hunter and love interest of title character Alucard, Maria Renard is a playable character. In the original PlayStation game she’s only an NPC…or is she? Did you know that with a little (okay, a lot of) luck you can momentarily take her form as a playable character? In the game, Alucard faces a number of mythical enemies, among which are flying medusa heads that turn Alucard to stone. There are rare instances in which Alucard, when hit by a medusa head, will turn into a gargoyle rather than a human statue. When Alucard is in gargoyle form, if you can manage to get hit by two more medusa heads in a row, Alucard will momentarily take Maria’s form. The transformation lasts for just a few seconds before he changes back. In a game with many transformations, it’s easy to miss, but it’s a fun one to catch.

C’mon, right? I mean, everyone, even folks who haven’t played Super Mario 64 know about this secret, right? Yeah, okay…but that doesn’t make in any less special. Upon first playing Super Mario 64, and as a Yoshi fan, I hoped against hope that he’d be in the game. Alas, Mario was pretty much a team of one throughout. I persevered through my sadness to find all 120 stars in that game, and my reward, the greatest reward ever possible in the history of gaming, was finding Yoshi on the roof of the castle with that final star. Why he had to be on that roof, and only on that roof to deliver his “very special message” remains a mystery.

I know that the time I sunk into Grand Theft Auto IV the first time I played probably could have been put towards something a more enlightening pursuit, but catching the explorer’s bug in a game has to speak for something, doesn’t it? After completing GTA IV’s main story, I set about traveling to every last inch of Liberty City, from the Northwood Projects to the Francis Airport to Happiness Island. And it was at that third destination that I happened upon this little gem of a sign.

Okay, so it’s more an easter egg than a secret, but it made me chuckle knowing full well the futility of my “grand tour.” Open worlds are necessarily infinite, and leave it to Rockstar to reveal that in a deliberately odd and amusing way.

Credit for this one goes to my younger brother. With more gaming connections than me, he was fantastic at finding secrets and remembering all the special codes that could help or hinder your progress. One such code that we often had fun with was one which you utilized to drastically increase the playing speed of your fighters in Street Fighter II Turbo. Yes, if turbo speed just didn’t cut it for you, you could play at super-crazy warp speed by doing the following. Boot up the game, grab Controller #2, and watch for the Capcom logo screen. Once the logo disappeared and before the title screen, quickly hit Down, Right, Up, and Left on the d-pad, and then buttons Y and B. The chime sounded if you did the code right, and then you could increase your speed by six additional slots (to the original four)! When maxed out, it was almost like playing the game in fast-forward. So silly but so fun!

Alrighty good readers, in case you didn’t catch it from the title, I am playing a little trick with this post. One of the secrets I mentioned above is a complete fabrication (at least as far as I know). Can you spot the imposter? An Internet gold star and our everlasting appreciation goes to the keenest commentor!