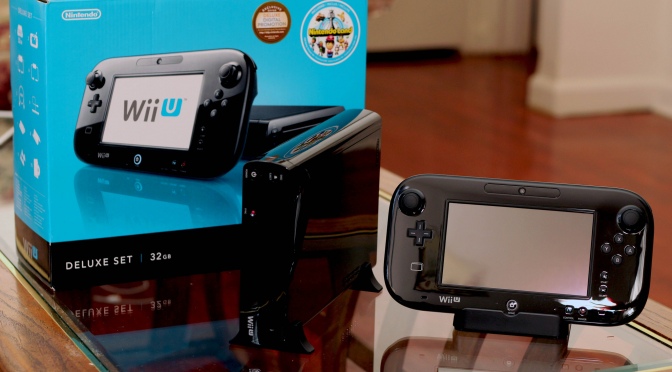 I’m considering getting a Wii U in the near future, and yet, to be perfectly honest, I don’t really want one. I don’t see anything too appealing about it, and I’ve been largely uninterested in new video games being released anymore (which is why I’ve been busy playing games from 15-20 years ago as of late).  Nevertheless, with the imminent release of a new “Super Smash Bros.”, I’m buying the darn thing anyway because I know that’s one game I won’t be able to pass up, as it was the very game that finally pushed me into getting the Wii some years back.

But, I wonder, am I just being a grump, or is anyone else no longer excited about the new consoles?  I was excited for the last generation, but I don’t care too much for this current generation.  They don’t appear to be much better than what we had years ago, and like I said, I don’t have a big list of games I’m currently looking forward to.  (And it just takes so much effort going to the store.  You know, getting in the car, driving there, getting out of the car…)  Yes, I will be getting a PS4 eventually for “Kingdom Hearts 3” (one of the few upcoming games I’m really excited for), I do look forward to the new “Zelda” game on the Wii U, and I am excited about the new “SSB”, even though it doesn’t particularly impress me.  The graphics look no better than the Wii.  I hear there will be no story mode like “Brawl’s” Subspace Emissary (a huge step backwards, if this is true), and they have added a bunch of goofy characters I am very unhappy about, and the new characters are usually the most exciting part of such a game.  (Wii Fit Trainer?  Are you kidding me?  Seriously?  Srsly?!)  I do love “SSB”, however, so I can only hope they’ll impress me like they always have before.  The pressure’s on, Nintendo.  Impress the Duck.

So, as the day nears that I finally take my first step into this newest generation of consoles, I must ask a few things.  Who here has a Wii U, and who knows what games are good?  I’m currently thinking of getting any “Mario” games, “SSB”, of course, and the new “Zelda” game when it comes out someday.  I am also considering that newer “Donkey Kong Country” game with the hope that it will be better than the one for the Wii.  Because I wasn’t a fan of that game.  It was fine, but much too hard, and it lacked the charm of the old “DKC” games on the SNES.  Has anyone played this game, and if so, what did you think?  What other games are out there that I should look into or flat-out avoid?

The fate of my gaming future rests in your hands.

The Duck is Depending On You!

4 thoughts on “The Duck Prepares for the Wii U”