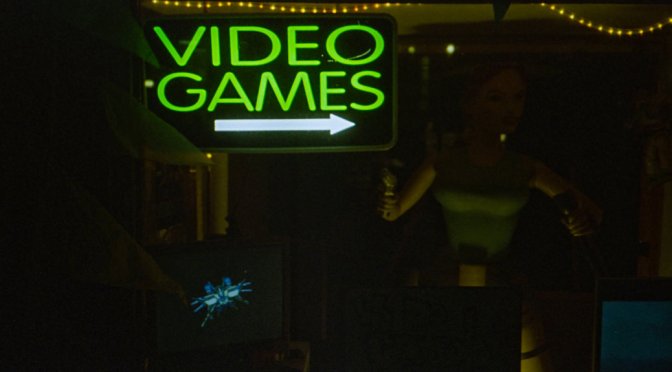 “If this if what [x] has become, then [insert response like I fear for the human race or I don’t want to be a part of it].”

It’s a comment that, if you spend any time on the Internet, you’ve may have often seen in response to many of today’s games, and especially games that don’t fit someone’s personal definition of a “video game.”

We’ve covered the question of “what is a video game” on the site before, and quite frankly, what we found was that no two people described “video games” in the same way. Gaming may be a multi-billion dollar industry, but video games themselves remain deeply private affairs. No two people will ever experience the same game in the same way. That’s not to say that two people who have played the same game can’t find common ground – it happens all the time. And of course, those two people are also free to disagree on a game – it happens all the time too.

But what of the situation with modern games, if there is a situation at all? Will Gone Home and The Witcher 3 ever be able to see eye to eye? If you put The Stanley Parable and Grand Theft Auto V in a room together, would they both survive? What would happen if Fire Emblem Awakening, Wildstar, Candy Crush, and Life is Strange had dinner together? Would any of these games lament or argue over their rightful places in the video game world? Or would they be content with simply existing?

Video games haven’t become anything, because that implies there were some less in the past. What they are, and what they have always been is a set of diverse and virtual amusements designed to take players out of their elements. Let’s face it – you’re no more likely to take save a princess from a gorilla than you are to snowboard off the top of a mountain and do thirteen tricks before safely landing. The current fame of, say, Minecraft, whether or not you consider it a “video game,” isn’t going to bring about the destruction of games as we know them. Sure, this mass appeal isn’t lost of game developers, and sure, maybe they’d want to try to capitalize on such sweeping popularity for themselves (ultimately achieving varying levels of success or failure), because when no on tries something else, something different, something new, then…well, that’s when an industry becomes stagnant.

I don’t know if the game industry has ever truly stagnated. In the early 1980s, though console games crashed and burned for awhile, there were still plenty of developers producing text-based and/or adventure games that weren’t anything like Pac-Man. Though we’ve seen our shares of terrible games, any number of great games have always been to the rescue. That because, in part, the video games are built on choice. Gone are the days of three network channels and five breakfast cereals. The game industry is what it is because so many people have interpreted and reinterpreted the meaning of the phrase “video game.”

Games and gaming haven’t become anything except more prevalent in the mainstream. Games and gaming are activities, lifestyles, and part of our society. Yes, it’s easy to apply that “not so fresh feeling” to games at-large if you’re only looking at the flavor of the week. But when you take a step back and look at what “video games” are today, it’s hard to not be overwhelmed by the sheer magnitude of that sea and the assortment of life within it. And like the sea and sea life, games and gaming will remain, and probably always will remain, in a constant state of flux and evolution. Because that’s what having and maintaining choice is all about.

And hey, if the current state of gaming upsets you that much, just wait. Things will eventually, probably, cycle back around in your favor. Or you could just quit complaining and play a game that you like, while everyone else plays the games that they like. The roads to common ground are not all paved the same, but as long as we’re on our way there, the games await.

One thought on “It’s not what games have become, it’s what they are.”