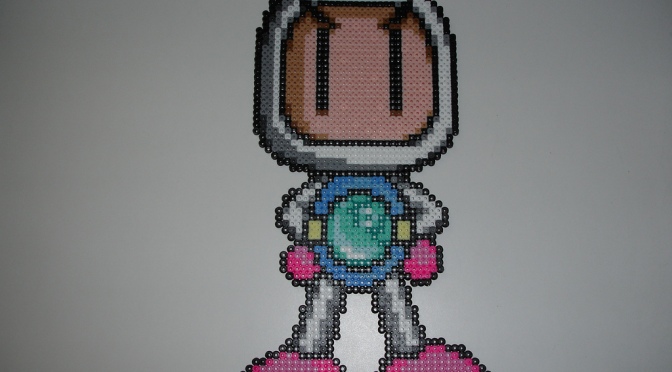 Look at me, the master of creating bizarre series, has done it again.  I have started another series, with this one’s purpose being to share with you all sections of games that range from really quite bad to very rather embarrassing.  And back again.  And a fitting beginning is one boss I have found particularly objectionable since the first moment I laid eyes on him, Constructor X.

You might be asking right about now, what in the world is Constructor X, Duck?  To which I respond, you are very lucky you don’t know.  This boss makes his appearance in “Bomberman Generation” on the GameCube.  It’s a fun game, but it’s also pretty darn silly, but it wouldn’t be half as bad if this guy didn’t have to show up.  You see, before the battle starts, these two talking construction vehicles…

I could seriously end this post right now, and you would get my point.

But, I digress.  These two…ugh…these two talking constriction vehicles…walk into a bar…  No, they don’t.  Okay, okay, I’ll be serious now.  These two…talking construction vehicles, who appear to be brothers, however that happened…I don’t know, they’re talking, and then there is this sequence where they merge together to form a robot, and…

But, yeah, they form…a robot named…well, I’m sure you’ve figured it out by now…and you have to fight him, and it’s just…okay, watch the video.  Watch it.  Watch the video.

Did you watch the video?  And do you get why it’s so bad?  Did you?  It’s just…that whole cut scene at the beginning, and then the dialogue he belts out throughout the battle…  It’s just the single-most painful section of an already painful (fun, but painful) game, and I do hope you got a laugh from this horror.  The awkward laughter induced by such a monstrosity is his only redeeming quality.