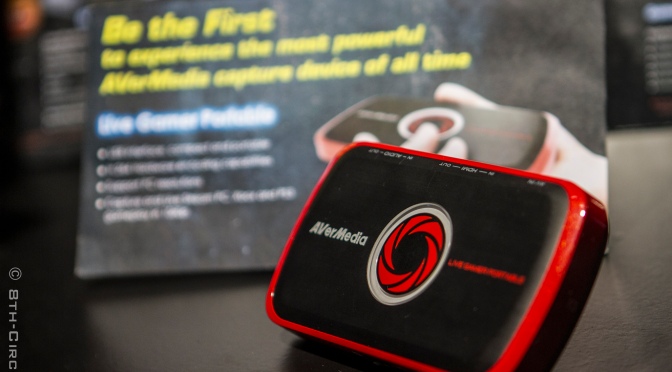 You may remember a post I wrote a little while back that covered recording gameplay videos using the Live Gamer Portable.  Today, I thought it would be a good time to go over some other skills you guys might like to know about.  First off, recording PC games.

You would think this would be pretty simple.  And you would be…not entirely correct.  The first thing to remember is: just because the LGP is connected to your computer via the USB cord, that does not mean it will get a signal from your PC.  In fact, only the reverse is true, and with no other connection coming from your capture card aside from that silly USB, the PC will be thoroughly confused.  Instead, I found, after some testing, that you treat your PC like a console.  By this, I mean that you must connect your PC to the LGP using an HDMI cord just as you would a console.  You could use the HDMI cable that came with the LGP, but it is very short.  I used a longer HDMI cable that I got for my PS3.  While it was originally bought to connect my PS3 to my TV, I am not using it (it’s complicated), and it works just fine with my computer.  I guess it’s just a generic HDMI cable.  I think a PS3 HDMI cable also comes with the LGP if you don’t have a spare one lying around.  So you should be all set.

In short, connect the LGP to your computer using the provided USB cable.  Then, connect one end of the HDMI cable of your choosing to your PC and the other end into the HDMI In port on the LGP.  If you wish to connect your PC to the TV to play on a larger screen, connect an HDMI cable (the short one mentioned earlier, if you’d like) to your TV, with the other end connecting to your LGP using the HDMI Out port.  I completely found this out by accident, but seeing my desktop huge like that was pretty cool.

There you go.  Simple.  Or is it?  Once I did this, I opened RECentral, the software you download to use the LGP (see my previous post on the topic for more details).  Here, click Capture, then Wizard.  Under the Platform tab, you can select your current PC to get the video part of your recording, but that is only half the problem.  Like me, you may find at this point that your computer has no sound.  (If not, you can probably just read the rest of my earlier post and be on your merry way.)  Uh-oh…

If you check your volume, it will supposedly be coming from some Avermedia device rather than your speakers.  Well, to fix this, go to the Audio Source tab and select System Sound (not the option above that, which is Capture Device).  Below System Sound, it should say Avermedia Desktop Audio Capture.  Then, when you adjust your volume, your speakers and the Avermedia volume will show.  On the Avermedia volume, click the square above the vertical volume slider to open a box.  At the bottom is an option to use the device or not.  (To use the device or not to use the device.  That is the question, and that is my very lame reference to literature far better than my own.)  Select the option to not use the device and make sure your speakers (again, click the box corresponding to your speakers above the vertical volume slider) are being used.  This solved my audio issue and allowed me to record videos from my PC, video and audio both.  Again, more details on recording commentary (check the microphone box under the Audio Source tab) and what video format to use (hint, it starts with an M and ends with P4…) can be found in my other post on the topic.

And now we reach the more advanced section of this post, recording live video.  This ended up being a huge issue, as the Stream option in RECentral would not work.  I selected it, clicked Log in and provided our UWG Youtube Live login info (which is privileged information, by the way, which kind of makes me a secret agent).  I went into Creator Studio in our Youtube account and made sure Live Streaming was enabled.  I also found this other random page that had a nice green dot next to Live Streaming.  But, nothing worked.  I kept noticing, however, that Youtube was asking me to install encoder software, and I finally realized what was wrong.

I don’t know how to stream live using LGP’s Stream option.  There must be a way, or why would it exist, but I never got it working.  I did find another way it could be done, however, and here is the condensed version of my ordeal.  Some Youtube support page told me about supported encoder software, including XSplit Broadcaster, software that Avermedia seems to be rather fond of.  Okay, so I went and installed the free version of this (there is also Gamecaster, but I just picked Broadcaster just because…I guess because it came earlier in the alphabet?).  Once I downloaded it, I had to create an account and activate it.  You know, that whole process.  After that, this is where our live streaming comes into play.

Open XSplit Broadcaster on your lovely computer that has likely been hopelessly filled with random software at this point (mine sure has) and log in using the email address and password you provided when registering.  Next, go to Broadcast, then Add a channel.  Select what site you want to use (I used Youtube Live, of course).  You should get a screen asking for information.  It looks a bit confusing, but worry not.  Click on Authorize and log in using your Youtube account info, and these boxes will automatically fill in.  Don’t worry about this right now if the boxes don’t say exactly what you want, though.  That can be changed later.  (But, if you want a copy of the video you are streaming on your computer, be sure to check the box for saving a file to your local drive.  This video should save in MP4 format to an XSplit folder in your Videos folder.  Or you can just get it later when it’s in Youtube after the broadcast has ended, by going to Video Manager, Edit, and Download MP4.)

Okay, so it’s now time to get a video signal from your LGP.  To do this, click on Add source (it���s in the upper left corner of the window).  Under Webcam, capture cards, video devices, select AverMedia C875 Capture.  Remember that lovely PC footage we set up earlier (or footage from your chosen gameplay console, if you’re recording from there)?  Well, there it shall appear.  Tiny.  In the upper left corner of the screen.  Well, that’s an easy fix.  Just drag the corners of the video until it fills the screen.  Crisis averted.  As easy as resizing clip art in Word.  Easier, even.

Time to record!  Go to Broadcast and click again on that new Youtube Live option you just created.  A box will appear asking for the title, description, category, tags, etc for the video.  Several options are checked, which I left alone, including DVR, which I hear allows people who arrived late to rewind and watch earlier bits of the broadcast.  Then, click Start Broadcast.  Keep in mind that this will take some time to appear in Youtube, live or no.  For me, it took maybe a minute or so to appear at all, and at first, sometimes you get a weird message like the video is not processing.  With patience, however, the video will appear.  There is a delay, but you are now streaming live.  Or almost live.  Congratulations!

Now, ending your video can be rather confusing, but I finally figured out how to do it.  Simply go to Broadcast and click the Youtube Live event again that is checked (in case you have more than one listed).  I want to point out at this time that XSplit can, in fact, broadcast PC gameplay without the use of the LGP.  I would recommend using the settings above if you’re using the LGP to stream from a gaming console.  If you are streaming a PC game, I recently figured out a better way to do this.

Okay, to stream a PC game (the LGP is still great for recording PC games, just not for streaming), don’t bother connecting the LGP.  Then, in XSplit Broadcaster, under Add source, there are two you may want to add.  First off, if you want to see your desktop, select Screen capture.  Two red lines will appear.  I just clicked anywhere, and it added a new source in the lower left corner of the screen, labelled Desktop.  This will show your desktop if checked and a black screen if unchecked.  If you start a game, however, all you will see is a white screen.  So return to Add source and go to Game capture, then Auto detect.  Now, with Desktop and something along the lines of Game Auto Detect checked, you will see your desktop, but if you start a game, it will switch to recording the game itself.  If you don’t want your desktop to be shown, uncheck Desktop.  This way, the live stream will show black until you start the game.  This way, you can stream your gameplay while keeping your desktop private.  Just leave the AverMedia source unchecked (you don’t have to, but there’s no need if it’s not plugged in).

Keep in mind that live streaming is not a good replacement for recording.  What I mean is, if you want good quality gameplay videos, for the love of all things good in this world, record your game, don’t stream it!  Since live streaming is, well, live, quality will most likely suffer.  I did a practice live stream with Slender: The 9 Pages, and the quality was so bad, it was unusable.  It’s hard enough to see in this game without the video being jerky and blocky on top of it all.  Five Nights at Freddy’s, however (I only have horror games on my PC, for some reason…), looked good.  Sometimes the images through the cameras were marginally worse, but only in cameras where you can barely see anything to begin with.  (So, when I tell you Bonnie’s down the hall, even if you don’t see him, believe me.  He’s there.  He’s the super vague…shape….)

Phew…  I spent an entire day, plus the first half of another day, being tormented by this nonsense, with very little useful info on the Internet I once believed was so all-knowing, so hopefully what I published here today will help you to get your live stream going a lot quicker than I was able to.  Just another useful service I offer.  You’re welcome.

A Live Duck; It Would Be Upsetting if I Wasn’t, No?