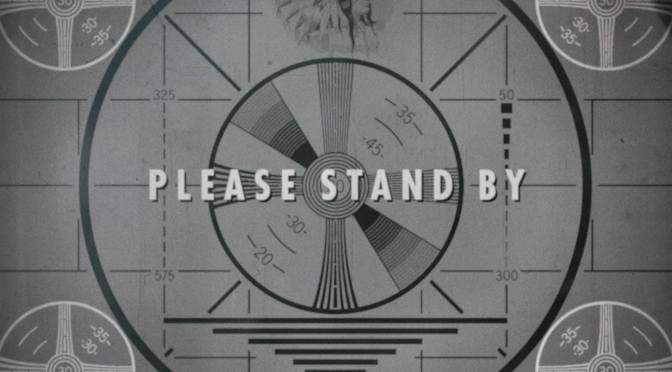 Somehow it’s finally April 2016 and we stand on the cusp of several very highly anticipated releases. By the time this goes up, Quantum Break will have finally made its way to eager fans, and both Ratchet & Clank and Dark Souls III will only be a couple of days away. It’s an incredibly exciting time to be a gamer. Indeed, many of us have been hyped for these games for a good long while now. We were still able to get hyped somehow in spite of everything that’s happened in gaming these past couple of years. I want to say that’s a good thing; a testament to gamers and their devotion to the medium. However, I can’t say that, because I’m not so sure that it truly is a good thing.

Video game hype has been around for almost as long as video games have existed, particularly since playing games at home became a thing. It’s always been part of the fun of being a gamer. We love learning all we can about the new games that we want to play. We love watching cool previews. We like trying to discern clues from developer interview. We enjoy going to conventions like PAX to learn about what goes into making our favorite games and getting hands-on time with special demos. We don’t just like getting excited for new games, we love it! If it was just left at that, then I don’t think there really would be a problem. The thing is, it’s just not quite that simple.

If you’ve followed gaming at all over the last several years, then you’ve probably seen at least one article about how preorders are bad for gamers. You’ve probably also seen more than a few articles condemning one publisher or another for trying to drive up hype for a bad or mediocre game. I’d say they’re largely right; publishers shouldn’t hype up a product to the point of lying about it, and preorders are indeed bad for both gamers and gaming in general. However, it’s not entirely the fault of the ones doing the hyping and offering the preorders. The situation with preorders and video game marketing only got its current level of craziness because we responded favorably to it.

We all let our excitement get the better of us from time to time. Sometimes it means we preorder a game when we know there’s no good reason to. Other times it means that we buy a season pass thinking the somehow it’ll be different from the others. We all like to think that we know better, and, oddly enough, we probably do. Yet, we still make silly hype-based decisions. This is what allows preorders to continue to be a successful practice for game sellers, and this is what convinces them that they can get away with misrepresenting their products. In short, we may protest and roast these companies for doing what they do, but we’re still the ones who let them get away with it.

It’s a bit of a pickle isn’t it? Gamers inherently love the anticipation and excitement of a new release, and game-makers/sellers know that we love it. We can’t just stop getting excited for games. If we were to do that, I doubt many of us would remain gamers for very much longer. We know the marketing people aren’t going to just start using new strategies either. What they’re doing now is working, and working quite well at that. We may very well be at an impasse because of this, but I believe that there’s a way out. A way that lets us continue to enjoy the anticipation of new games while discouraging the marketing and selling practices that we despise. Really, I think that all it would take is a little patience.

I believe that all it would take to break this impasse of ours is for gamers to wait until about a week after launch to make their purchase. It probably sounds a bit too simple, but consider the following. If most gamers had a policy of waiting a week before buying, that would largely eliminate preorders. If nobody preorders, then they’d stop pushing preorder bonuses right? Next, while games don’t make most of their money in the first week, it’s still hugely important for both marketers and publishers. Marketers use it to tweak their strategies (high sales mean that they get to call it a “best seller”) and publishers use it to see if their strategy and policies for development paid off (like say rushing a game to market that hasn’t been properly QA tested). Without those nearly guaranteed day 1 sales, they’d have to at least consider being more careful about how they market and develop their games. Consumer behavior always sends a message, so why don’t we take control of that message and use it?

Of course this is all well and good in theory, but who knows if it will ever come to pass. The issue of hype is, in the end, a personal one. We all have to decide how we want to incorporate hype into our lives as gamers, and if that means more of the same then so be it; at least we will have chosen it. As for me, I think I’ll start waiting a beat before buying new games. That way I can still enjoy the fun of getting hyped up for games without it being the determining factor in my decision to buy.

What about you? How does hype fit into your life as a gamer? What do you to address it? Is there anything you think should be done to address it in gaming as a whole?

4 thoughts on “Are You Hyped Yet?”