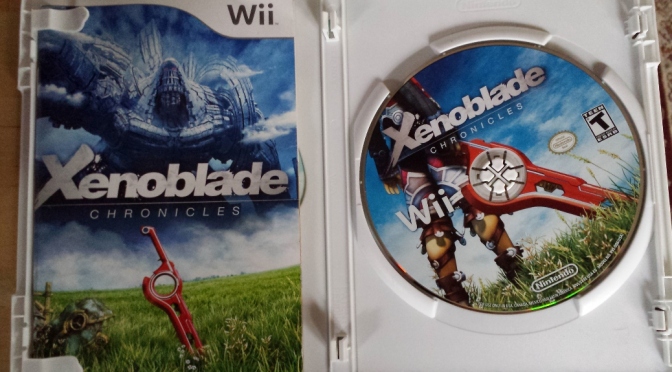 Though I might have conked out on my self-promise to complete Metroid Prime, I haven’t given up on a number of other challenges that persist in my backlog, one of which is finishing Xenoblade Chronicles. Long story short, back in 2013, I started Xenoblade Chronicles, only to give it up after realizing just how long it was. At 60+ hours just to beat the main story (and 100+ to complete everything), I simply didn’t have that kind of time to devote to a single game. This past February, a copy of the game wormed its way back into my life, and I couldn’t turn it away this time. I picked the game back up, right at my last save point from two years ago, a mere five hours into the game. I’m now just over 40 hours in, the stress of me actually finishing the game is palpable. In fact, me stressing over this is actually stressing me out more right now, so that’s why I’m not here to talk about unfinished games, extremely long RPGs, or anything of that sort. Instead, I’m here to talk about battle systems, because Xenoblade Chronicles, for all its flaws (and yes, it has some), has one heck of a great battle system.